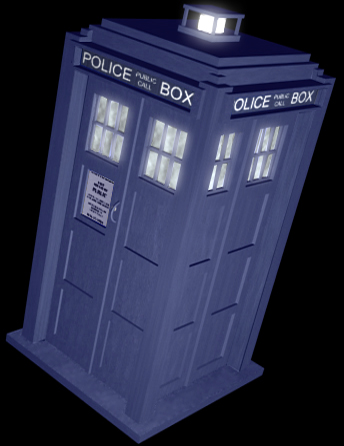 Of course, it’s not all over yet. I mean, it’s not like the ‘moving out’ is the final thing and today is the first day of the rest of my life (although it is, of course).

No, in the end, there were many things that I forgot, left behind, etc. Was this a subconscious decision on my part to ensure I had to keep going back? Or was this, as I suspect, just plain laziness/running out of time?

So, I took the modem/router but, with my new, not-working, Alice system, I don’t need it (the Telecom guy said that, in fact, I can’t use it! I think he’s lying). So, tonight, after a I go and pick up some shoes and other stuff, I shall be returning the modem and setting it up for V in the half-empty flat that, even as I was leaving it, felt too large for a family of four, let alone two. Or, maybe, I have become (a little) Italian?

Or, maybe, my new flat is just like a tardis? After all, empty, it seemed tiny. Before, with her stuff in it it seemed quite big. Now, with my stuff in it seems even bigger. How on earth can that be?

And there’s a strange thing about Italians and flats for rent. I have mentioned this before but it is quite common for people, on leaving a rented flat, to take the kitchen they have installed. In this case the kitchen is not all that great but, at least, it’s there. Together with (not brilliant but not bad) fridge; good, but small washing machine and adequate cooker – and sink and drainer (which most of you, outside Italy, would take for granted anyway). Certainly all the light fittings are taken – even the bulbs. This means that, until I find all my lamps (major hunt going on tonight) and then buy some light fittings (and get someone to fit them), I am walking around with one lamp and my mobile phone. The mobile phone being used instead of a torch to find the socket into which I may plug my lamp!

I did think that there were not that many light fittings available anyway. In fact, I could not remember any. However, I now find there is at least one in all rooms except the bedroom where there is none. However, none of the ‘fittings’ have anything except wire – I mean no actual light/bulb/fitting – just bare wire. This means that I need light fittings AND someone to fit them, me never being happy with messing about with electricity, especially if on my own. V always did this stuff.

And, therefore, I may take the wall lights from the lounge that we fitted and one or two other ceiling lights. V had offered. I had thought about asking him to come and fit them but I think that may be a bit much and would, but maybe only in my mind, mean he has a ‘hold’ on the place – just because he was ‘involved’ in setting it up. Crazy? Maybe, but I do want this to be my place.

So, at least for the next few days, I shall be returning to ‘collect’ some things and to ‘return’ some things that the removal men packed because I couldn’t watch them all the time.

As you see, it is not ‘over’. However, maybe things will change when he’s moved out? Or, maybe, they will be the same or similar?