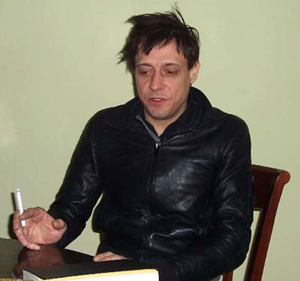 I stayed away from the recent controversy with the Italian’s ‘beloved’ leader (and he’s still beloved, it would seem, at least by most). He seems to have been a very busy boy, what with giving money to (ex-?) husbands of UK politicians (not that giving the money was bribing, it was only taking it that seems to be a crime); dalliances with a young girl that his wife, for some reason, took exception to; using government money to have people fly to parties at his residence on Sardinia and, of course, the latest, the payment for young ladies of the night for services rendered – all of which, he denies, blaming all of these “rumours” on those ‘left-wing-communist types’.

We can also, perhaps, overlook the way that he said that the people from L’Aquila, made homeless by the earthquake, should make the most of living in tents, it being just like a holiday and all!

At least he made up for it by agreeing to huge (can’t remember how much and can’t be bothered to look it up) amounts of dosh to rebuild the town (although it seems it may not be quite as was first reported) and, of course, deciding to hold the G8 summit in the town in order that it gets a boost.

Now, I read about the latest development (see, still reading the Guardian rather than using the BBC site) and the President’s call to back off Berlusconi’s (ahem) ‘problems‘ so as not to embarrass Italy when, about half way down, I read this:

the prime minister assured the media that his illustrious guests would nevertheless be received in style at a large revenue guard barracks hastily converted for the occasion. He said the site would soon have 121,000 square metres of gardens with 6,850 bushes and extensive lawns.

Now, given the current economic crisis in the world and the recent death and destruction in the town in which this converted barracks is situated and in spite of not knowing how much will be spent doing this conversion (but I’m guessing not just a few Euro), etc., it struck me that this kind of thing is just crass and obscene in the extreme.

This puts those politicians (from the G8) on the same par with Madoff and (possibly) Stanford – i.e. criminals who are taking us for a ride – since they are benefiting from the outrageous spending that is being done just to show off to each other!

It’s a crazy, crazy world in which we live.