I remember it’s dark. I remember it’s cold. I remember the hods, the coke, the ashes, the metal bucket used to carry the hot ashes to a place further away to tip them on the growing heap of cold ashes. I remember the smell, how the ash rose in a cloud in that small room, breathing in that cloud and the acrid, hot ash hitting your throat, getting everywhere – in your hair, in your nose, on your clothes and, if you weren’t careful or if you were unlucky, in your eyes.

But there was a sanctuary in that small, windowless, airless room full of ash and smell, for there was heat.

Every morning and every evening, clean out the ash that had fallen, scraping it out into the bucket, using a brush to get it clean; carrying said bucket away to tip onto the pile (at the end of the garden, I think), then shovelling the hod into the bottom of the pile of coke, filling up the hod as much as possible – you wanted to do this as few times as possible, carrying the hod over (was the coke in a different room/place?) and tipping it into the feeder. It was heavy. You were tired. Sick and tired.

But at least there was heat.

Was I eight? Or older? Did they replace it with one fired by oil, needing a large tank nearby? The door to this room was next to the kitchen door, at the back of the bungalow.

I felt like Cinderella – without the Fairy Godmother, or the Prince, or the glass slipper. I got up before everyone else to make sure that everyone had heating. It was early. Possibly 6? Often dark. Or, probably, I was awoken to do this in the morning. In the evening, possibly, straight after school. Nobody else did this job – only me. And I had forgotten about it – but the smell I can still smell, the heat I can still feel, the dust in every pore, I still remember. And I would shut the door to the room and I could pretend that I wasn’t there, in that world, I could be anywhere I wanted to be …. as long as it also had a boiler room!

p.s. In case you didn’t know what I was talking about: 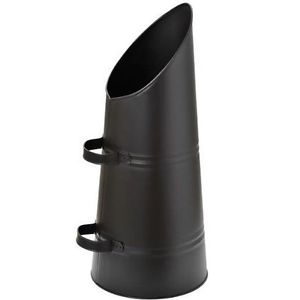 A hod – although I seem to remember I used plastic ones. 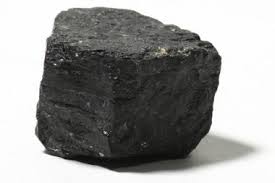 Not the type of coke you may have initially thought about!