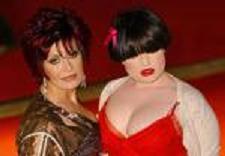 In spite of an earlier post (which, to be honest, I just can’t be bothered to find), there is, after all, another side of me.

It is well hidden from the rest of the world. It is dark. It is gloomy. It is cold. It is like a deep well, with straight, slippery sides that go down to the centre of the earth

It’s not a new thing that has happened recently. Rather, it is an old thing from way back, if not all my life.

>I keep it in check. I know it’s there and I know it has power over me but I try to push it back. So far, I have succeeded and sometimes, holding on to the reality that ‘is’ rather then the reality that very well could ‘be’, is a struggle.

If I am honest with myself, I have relied on V too much. The first time I thought that, perhaps, he ‘didn’t really understand me’ (although, given that I keep it quite well hidden, why should he?) was about 6 or 7 years ago. It sticks in my mind. Although I often have the feeling of being lonely whilst with others, I had never really felt this with V until this time. It was his response – ‘Don’t worry, it’ll be alright’, in an unconsidered way, that made me feel all alone. Strange how these little things stay with you, isn’t it?

It’s the overwhelming feeling of dread; of panic; of impossibility that gets to me. Of course, like my imaginary conversations, the things do not exist, except inside my head. Or maybe they will exist? And there’s the rub.

Sometimes, I feel, I want to take my brain out, give it a good wash and get rid of these stupid things which cling and grow like some sort of fungus on, say, an apple that is going bad. In fact, in the Tate Modern, there is (or was) a video film that I really loved which showed a bowl of fruit over a period of time, going bad. The fungus started as specks and grew and grew as the fruit collapsed and became smothered by it. I wonder if I loved it because it was how I feel about my brain?

There are times, when some good thing happens that this deep, dark well seems many miles away and other times where I am already in the well, clinging for life by a finger of one hand on the edge of the well; looking behind me and down to the bottom which, without doubt, I cannot see because, without doubt again, there is no end; no bottom; I shall just keep free-falling forever.

And, if in previous times, when I hang so precariously, I have come back from the brink, it may have been because of some (misguided?) sense of responsibility to others around me (for example, V). Right now, what is the reason that I should fight it? For whom? And wouldn’t it be easier to succumb to the inevitable and allow myself to let go and slip into the darkness without a care in the world?

Sounds a little depressing, I know, but you should be in my head for a moment! Or, rather, you shouldn’t.

5 thoughts on “Don’t come into my head”