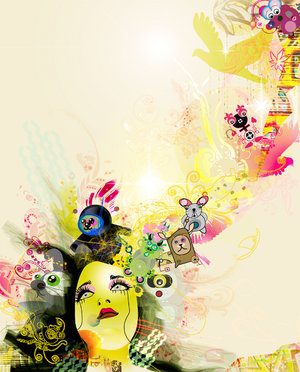 Alan Bennett, with the exception of the one monologue I saw with Mrs Bucket, has never really been one of those authors I would wish to read. I don’t know. It’s a bit like Hockney or Lowry. It’s a form of racism on my part, I suppose, against people from ‘The North’.

It’s not that they look any different, although they seem to, once I know they’re from the North. It’s when they speak. I apologise to those of you from the North (and here I should stipulate that it’s not the North in general but, rather specifically, Lancashire, Yorkshire and parts of Cheshire and Derbyshire) but I’m afraid the accent really doesn’t do it for me – and I lived there for a number of years!

So, although I wasn’t so interested in hearing him at the Hay Festival this year, I went because, if I am being frank (and here, if nowhere else, I should be so), I thought he was dead already or, at least, nearly dead and I further thought that if I didn’t see him now, this time, I probably would never see him.

And, as I posted (or twittered, or told someone, or something like that) he was, actually very good. He is old and pasty (but then, to me, he’s always seemed old and pasty – so no change there) but he didn’t look like he was going to die any time soon and, for good measure, he was well worth seeing and hearing.

>He was highly entertaining and his flat, monotone, Northern accented voice was quite perfect for the short extracts of stories that he told. It made them seem funnier; gave them an edge that, related in a different voice, would have been missing.

When I got home, as I was about to finish ‘We Need to talk about Kevin’, for the umpteenth time, the next book I picked up was Untold Stories! This was quite freaky. If you had asked me a month back, if I had any books by Bennett, I would have been certain that I had not even one.

I suspect that this came from L, one of the many books that she was giving away when she left Milan for London.

I am enjoying the book and find it both interesting, funny and an interesting historical book – historical in the respect of it being details of the minutiae of ordinary life which, of course, is not ordinary at all at a time that is seemingly (and is, in fact, truly) my early years of life. But then, he is a storyteller. I would probably write something like:

My mother became ill. I ferried my Dad to the hospital very often. We didn’t really talk that much. I did find out, however, that my Grandfather who, supposedly died of a heart attack actually committed suicide. I was quite shocked.

He does not.  For him, of course, these are a load of pages with descriptions and details that go to make up a complete picture.

It’s interesting that, as I have posted before, it’s the voice that really works for me. As I read the words on the page I can hear him saying them; the same dry, flat voice with that Northern accent, that makes the story more real and more alive. Whereas, with most voices that I subsequently read, it’s the enjoyment of the voice itself that is the key, I’m afraid I cannot quite say that I find his voice enjoyable per se but, still, the voice does make the story. Of course, that’s only in my head

And from this (and more recent posts and another to follow) I am becoming increasingly concerned that everything that I find worth blogging about seems to be in my head (even if there are slight connections with the real world). Either my head is very large to contain all this rubbish or my ‘head life’ is taking over from real life!