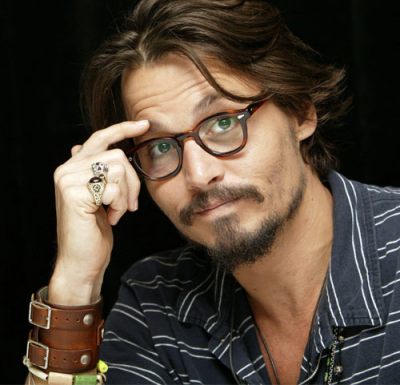 [I wrote this some time ago but didn’t post it for various reasons, not least of which, I was slightly crazy at the time.  However, it’s still true, even if the craziness has all but gone now and, anyway, I like what I wrote.  Enjoy or not, as you will]

I looked it up and it is a number of years ago that we met.  Or, rather, that we didn’t meet.  We both half-tried.  I don’t know why you didn’t push it.  I know why I didn’t.

In my state of mind more recently, I had forgotten how it was then.  I had forgotten to make you ugly.  Then, that time ago, I knew the danger and, rather than face it, knowing myself as I do, I avoided it.  If I had have faced it, even making you ugly, it would have been as it was in the end, only worse because of my situation at the time.  But, back then, I wanted it so badly, even if I didn’t know why.

Sure, I was a little nervous but only because I had never done this thing before.  But I still forgot to make you ugly.

And then you weren’t as I expected, so for some (very little) time I had to readjust my thinking.

And then, after some days, because of communication problems, I didn’t say what I had planned and, in those few days, I added to what I said and said I loved you.  And saying it made it all come back.  And then I couldn’t make you ugly in any way, even if you had been, which you weren’t.

And some would say that it wasn’t love but something else.  But what do they know?

And, having said the word ‘love’, I think you understood (although I think you knew from the beginning, probably even before me) and then it became stupid and now I wish that I had remembered to make you ugly beforehand and then, maybe, all this wouldn’t have happened as I could have focused on the ugliness that I could find – and I would have found something and I would have made that important and overriding and essential even if there was nothing really (and there was/is none) – and then it would have been alright.  It wouldn’t have stopped us being friends but it would have been enough to stop the word ‘love’ from passing my lips or, even, being in my mind.

And, now I wish I could take the time back and start again and see it for what it really is or, rather, what it really should have been (even if I still desire it to be as I would really want).  But now, maybe, you are scared of what you see , or, at least, disappointed, and that is understandable and I don’t blame you for I think I would be the same.

And, yesterday, I tried to make you ugly.  I called you a bastard and not for the first time.  I came up with a new word – dislove – which is what I tried to do; am trying to do.  Like disassemble, I tried to dislove you.  I thought it had worked or started to work.  Now I’m not so sure but I shall keep on trying to dislove you but I won’t dislike you.

And so, I send you this.  I know you will know and I hope that you are true to your word and can be ‘disgustingly understanding’.  I hope you will understand that I really wanted to tell you face-to-face but I lack the courage of a true man and am frightened that the words that will come out of my mouth will not clearly state how it is.  I also fear that you will not permit another visit for fear that this rabid animal will be in control and, therefore, I will not be able to explain, even if I wanted to.

And, so, for something so important, I send you only words, without emotion, without the true explanation in my voice.

I hope, with all my heart, that you can forgive this fool as I cannot.  I hope that you are more grown-up than me, for I am clearly not.  I hope you are disgustingly understanding.  I hope that you will be able to tell me that I am forgiven and that we can ‘start this thing again’ and that, this time round, I am just a little wiser.  It has worked this way before, for me, so I know this is possible.

And, in spite of what you may think about yourself, I may be able to dislove you in time but I don’t think I can ever make you ugly now; if only I had not forgotten.

3 thoughts on “I forgot to make you ugly”