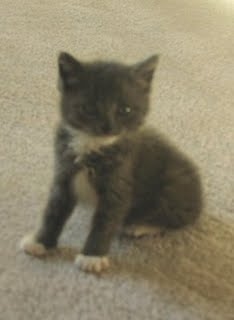 It seemed to weigh me down; it was certainly irritating – but only after the moment when V came in.

V has changed and, yet, still the same.  He remains, probably, one of the best looking guys I have ever known.  I am sure (no, I know) that in some ways, I held him back all these years and I am happy that he is starting to live the life he wants.

I did wonder how I would react on receipt of the information (much earlier that day) but, strangely, or not, as the case may be, the reaction was one that took me a whole day to work out.  I just couldn’t seem to get my head around how I felt, how I really felt, inside, underneath it all.

What I mean to say is that there was a certain amount of shock (although it was entirely to be expected) which lasted a few moments and then….. well, then, nothing really.  After 20 years, did it really only take 6 months or so for it to be, finally, over; for the feelings to change so much or, looking back, was this actually ‘in the making’ for the last few years.

Of course, just like an old pair of slippers, being with him was so comfortable, in so many ways.  Being apart is certainly hard in other ways.

And then, finally, yesterday, we met again, on mutual ground, to ‘swap sofas’ and other things – except none of that worked out quite as either of us had hoped – but he was a changed man, superficially but substantially enough for me, at sight, new things, still thin (too thin), too there but still beautiful – tall, dark and handsome – but not for me, I’m afraid.

And then I saw and then it started to feel heavy and itchy and, although I only had it on for two days (two because he was supposed to have come round the day before), it had to come off as soon as possible.  And so it did.  Now to be put away with other things, forgotten until that ‘one day’ when you open up the box and have a sudden pang, a sudden flashback, to better times.

And, although it meant a sleepless night (or, at least until 3) it was only because I couldn’t work out how I felt.  I thought it might be something different than how it was, somehow.

All strange.  Not expected.

At one point, I thought of Willow and realised that is what I want us to be like for (in) the future.

And, this morning, I am so positive for no real reason that I can fathom.  Even, I could say, a little excited, again for no real reason.  But I really want it to continue, to be on-going.  Still set-backs will come from time to time I expect.