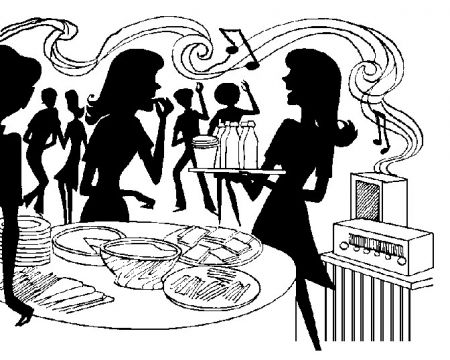 Actually it’s not post #105 of Driving in Italy. However, I had meant to write about this particular thing many, many times. It’s the ‘inching forward’ thing.

Let me explain. You drive up to the traffic lights, for example. There are two or three cars in front of you. You stop some half-car length from the car in front. After about 2 minutes you edge up to within a quarter-car length. After another minute you edge up further. About half a second before the lights go green, you edge up so that you are almost ‘bumper kissing’ the car in front (and by that I mean ‘do not leave enough room for even a person on foot to get between you’). Then, as you have no real clutch control skills, your car starts to roll back a little, so you have to move forward to compensate, then you let it roll back, then move forward and so on.

OK, so you may be a bit frightened that the car in front, Italy being the paradise for unpredictable drivers, may suddenly go into reverse. Fine. Then stay a half-car length behind it. Why move up later?

It was particularly bad this morning. Someone even did this when they were ‘first on the grid’. Of course, someone else, in a mini, racing up behind me, decided they, too, wanted to be in pole position, so raced round both of us, except they couldn’t get round completely so came up alongside the car in front of me, you know, the one with the desire to creep to the lights for the last few yards – but only when we had been completely stopped. So the mini that shot round us, went to the line of the lights – and a little beyond.

The car in front of me, when he finally woke up to this fact, then edged his car to the lights, but, like, a millimetre a minute. Hardly worth putting the car in gear. I reckon that Italy must be a great place for clutch spares.

The lights go green. The car in front of me shoots off and is in front of the mini. And the mini does what, exactly? Moves slowly! Yep, after the shooting round and being in pole position, it is driven like a slightly-souped-up snail! However, not slowly enough for me to get in front. I see the car that had been in front of me some way in the distance!

What is wrong with these people?

OK, so this is a rant and I’m sure there are people who do this in the UK but I really don’t remember it. I like to be quite close (not, however, as close as they get – eventually) to the driver in front, if we’re stopped at lights, as it means that, maybe, someone else can turn left or right further back in the queue, if that’s what they need to do or get through the lights behind us. This half-length gap and move-up-ever-so-slowly thing just drives me nuts. The racing-to-get-to-the-front-of-the-queue I can go with – providing that the driver doesn’t then think it’s Sunday afternoon and let’s-have-a-look-at-the-sights when they move off!