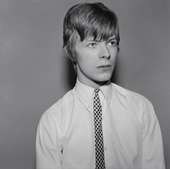 It’s not often I name people in this blog. It’s not often that I have no other recourse but I should know better. I have a feeling that it’s a problem that will have serious repercussions in another 20 years or so. Of course it will happen gradually so that we shall hardly notice. Alternatively, it’s always been like this and, somehow, it has no effect. We shall see.

It must be difficult for parents who are both immigrants and quite well-to-do: have a certain respectable status in their society: to bring up their kids to have the same values as they do. I mean, if you have the money and the status, you would want your kids to have everything you didn’t have when you were a kid. I’m only guessing, but I think this is a case in point.

So, we’re looking for someone to rent our spare room. I advertise and this Australian guy by the name of Serge rings up. He’s looking for somewhere desperately because he’s staying in a hotel (first alarm bell should ring but, unfortunately it didn’t) and he’s not keen on it.

He comes round. A gangly, 6-foot-something, kid of about 22/23 who is doing a fashion course at Borgho’s (where V went for his) (second alarm bell didn’t ring either).

He came here the day after Sam left. Paid the deposit and the rent. We laughed at his inability to unlock the front door in less than 10 minutes. He seemed amiable enough. He did tell me he was a bit clumsy (third alarm bell was silent – and, anyway, that was an understatement).

But, to cut to the chase. He asked, for the last half month if, rather than pay the rent, he could pay only the estimation of the expenses as he needed money to travel back to Australia. I worked them out and, against my better judgement (and I should really trust my first thoughts) agreed for him to pay that only.

So, we’re into the last two weeks of his “stay”. I’m at the computer having only just got home from work. He comes out of the bedroom and goes to watch television. After about 5 minutes he switches the television off and walks past me to his bedroom (about the hundredth alarm bell a silent as a mouse). I laugh and say that the television programmes must be really bad. We then have a chat, for about 10 minutes about how Italian television is really not the best in the world, even if you can understand the language. He goes to his room and then comes out and says he’s off to his friends’ house to do his homework. He seems a bit strange but, then, he is a bit strange.

Later, when V arrives, we go to sit in the lounge and find, to my absolute horror that the sofa has a hole in the cushion from a cigarette. We know it is Serge because a) although it’s where I sit too, I smoke with my left hand and this is on the right of where I’m sitting and b) this has happened since the last time we sat there.

Suddenly, I realise that I have no deposit to cover the invisible repair that I now have to get done. What to do? Now I understand the rush with which he left the house. Maybe he had just done it and that’s why he rushed to his friends’ house – rather than face the music.

I go into his bedroom to try and find basic information about him (why didn’t I do this before he came here in the first place – sometimes I am, as V always says, too trusting). I find his address in Australia and various other details about him – this stuff is just chucked on the floor – not hidden away or anything. I don’t have to search at all.

Of course, he doesn’t arrive back before we go to bed. I guess he’s panicking a bit. The next morning I stay in the house a little longer than normal to wait for him to get up as he normally gets up just before I leave for work. But not today. Looking back, maybe he wasn’t even there.

The next time I see him the conversation goes something like this:

Me: Serge, is there something you want to talk to me about?
S: Uh, no, about what?
Me: Well about the sofa, for instance?
S: Uh, um, oh, yes, I was going to talk to you about that.
Me: Really? Well, what do you propose?
S: Well, like what? I don’t know really.
Me: Well, I shall have to have the deposit now.
S: Well, you can just turn the cushion over.
Me: (Incredulously) What? You’ve burnt my sofa and you think I should just turn the cushion over? No, I shall have to get a repair done and, if I can, an invisible repair.
S: Aw, come on, it won’t cost that much.
Me: Well I don’t know. I shall do what I said I shall do. I will send you the money that’s left afterwards.
S: You could buy a whole sofa for that money (we’re talking €270 here).
Me: (more incredulously and now slightly angry) What!?! That suite cost x thousand!
S: OK but can it wait until Monday.
Me: OK.

He went to Florence for the weekend. He came back Sunday night and we chatted for a bit about how he liked Florence and didn’t like Bologna. Later he told me that his parents were transferring the money that night (I guess Monday to them) to his account so he could get the money. I said OK.

Monday morning and his door was closed and we went off to work as normal. He didn’t get up. I felt things were not right but couldn’t put my finger on it.

Monday night. His room was in darkness with the door closed. Not particularly unusual. He often slept from about 7 p.m. for an hour or two, got up for an hour and then was in bed again by about 11. This night he didn’t get up. I nearly went into the room but thought OK, he’s tired after his weekend away.

Tuesday morning. I left for work and double locked the door. I just had a feeling. When I arrived back it was the same. I knew he had not been back. I went into the room and it was clear. He had done a runner.

I’ve checked out many things since then. I was right not to trust him after the time we found the burn. What I should have done, of course, was throw him out that very night.

He’s from a family that obviously has money. They live in Barton which is a posher part of Canberra than most. His family and relations are quite well-to-do. The problem is that, I suspect, he’s a liar, possibly a thief, has little or no respect for others or other people’s property and, so far, has always been bailed out by his parents.

He has no sense of decency, in my opinion. He sneaked out, in the middle of the night on Sunday, I later found out. I also later found out that the clumsy oaf had broken some other things and kept quiet about them too. He left a note saying he was sincerely sorry – but obviously that was a lie too.

Well, I guess I will learn by my mistake. Don’t be so trusting and certainly listen to the alarm bells, even if they don’t ring. Also, never, ever trust kids of nouveau riche, particularly if they are 2nd generation immigrants (they came from Serbia or somewhere like that).

It also makes me wonder. Many people complain about the immigrants from Eastern Europe. That they are thieves, all-round bad people. Perhaps even the rich ones are the same? Perhaps I was always wrong to think that it was unfair to label all the people from Eastern Europe as bastards: perhaps they are all bad people, after all?

Certainly, in my opinion, Serge (or to give him his full name: Sergej Dean Bodulovic) is a very untrustworthy, arrogant, selfish person. I can only hope many bad things happen to him although I expect, in the main, he will be protected from that reality by his parents’ money.

Still, if anyone reads this before they are sucked into dealing with him, then I will feel that I have done my bit to protect someone else from Serge’s lies and deceit. My final advice: don’t trust him and don’t let him come anywhere near you! Certainly, and I’m very sorry for this, I will be careful about trusting anyone who has rich parents: is of Eastern European extraction and who doesn’t pay their dues on time.

Of course, I am a very, very stupid person sometimes.

I now understand that he also goes by the name of Egres Ludob. Just in case you should run into that one instead.