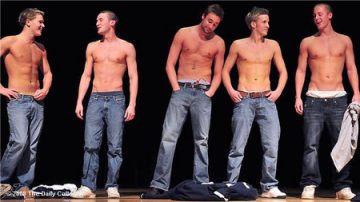 I have to hand it to A.  He doesn’t understand me at all.  It’s like I’m some sort of alien from some distant planet.  Maybe that’s why I like him, in spite of himself?

Anyway, he rings me and talks about going for a pizza.  Apparently, F really ‘cares for me’.  He wonders why people like me.  Me too.  I think that he says that because he’s also slightly jealous.  Don’t worry, if I understood why people seem to care about me, I would tell him the secret.

I suggest apero at mine – I have some Boursault cheese (both normal and Goat varieties) and I’ve been wanting him to try it and, after F’s love of Stilton, her too.

They come over.  F adores the cheese.  I feel she has had somewhat of a sheltered life when it comes to food and I like to be able to introduce her to new tastes which are not Italian – and she seems to like it too.  I think that this also makes A slightly jealous – but, really, he has nothing to be jealous about.

A wonders if my next love will be a woman.  He just does not understand at all.

‘But, you’ve been with women before’, he states.

They are going to Fox Town again.  They invite me.  I ask F if the cute guy still works in Iceberg.  It’s a kind of joke that A doesn’t get at all.  F says yes so I say I’m coming.  She gets it and laughs.  A can’t remember him at all and he is definitely uncomfortable with the whole idea.  Well, if he’s my friend then he needs to get used to it.

We go to see F’s flat which has been ‘done out’ ready for rent.  Nearby is this pizza place that F likes and they have found in the last few weeks.

We go.  The pizzeria is called La Masseria – Via Feltre, 19.

I look down the list of pizzas and spot Hawaii.  Incredible!  Every Italian I’ve spoken to pulls a face at the idea of Hawaiian pizza but, here it is, on the menu in an area that is certainly NOT touristy.

I order it.  It is even better than any I’ve had in the UK because they have used fresh pineapple and it is really juicy.  The flavours of the sweet pineapple with the good prosciutto is sublime.  F tries it and doesn’t like it.  I didn’t expect her to, to be honest.  However, in all the time I have been in Italy this is the first time I’ve seen Hawaiian pizza on the menu.

I had remarked on A’s shirt.  Unusually, for him, the shirt is rather striking – brown, with a large printed pattern on the front.  F doesn’t like it.  After the pizza A explains that it is because she thinks it is a gay shirt!  I feign shock and horror for a moment but, actually, I think it is really funny.  She explains that she doesn’t like it on him – and that’s probably because he dresses like a fifty-year-old man already!