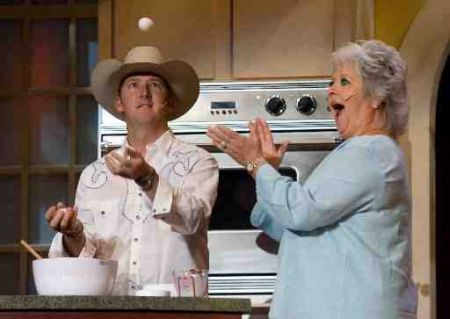 The entry on this blog for 4th November has GOT to be the funniest I have read. In particular the conversation with the drunken customer about the pizzas (or, more correctly, pizze) and, more specifically, this bit:

I want one. Where can I get one, Jack? Do they come house-trained?

This last weekend, for Italy, was a long one. All-Saint’s Day is a public holiday and most people in industry and offices also have a ‘Ponte’ or bridge day to make it run into the weekend. Unfortunately, V, who works in the UK market for one of the leading motor manufacturers, here, only gets UK holidays. So it meant getting up at 6 as usual.

A V Special – number one: However, Thursday night we were invited to dinner at some friends’ house and, during the meal, V invited these friends over to our for dinner at ours for Friday.

Now, I have no problem with this in principle – but I would have liked to be asked if that was OK BEFORE he made the invitation. So Friday was really busy.- Cleaning the house, shopping and cooking.

However, it was a good meal and, as these friends are Italian, I feel it is my duty to introduce them to the wonderful cuisine that (can be) is British food.

So, we had meat and sushi as appetisers (hmm, Italian and Japanese), followed by Beef Bourguignone (hmm, French), with horseradish mash (well, at least that’s English) and sprouts (Belgian). The sweet was home-made Lemon Meringue Pie (English again) followed by fruit and port (directly from Portugal, as it happens). Well, at least two things were English!

The wine, of course, was all Italian. Saturday, we had chores to do and were rung up by some other friends asking if we wanted to go out that evening. Then another friend asking the same. So, in the end we were a party of 8.

We had aperitivo at Princi (pronounced prin-chee). I love that place. For 6 Euro you get an aperitivo plus fantastic food (they are a bakers, really), then we all went to a Chinese restaurant nearby. For the first time I had Vietnamese rolls (like spring rolls, sort of, but with some meat) which were very, very nice.

A V Special – number two:- During the conversation we were having with N about Rufus, I was saying that Rufus was definitely getting old and his hair is starting to thin and that he would probably have about a year left (V started arguing with me, saying that he had a couple of years left) and then V suddenly came out with – ‘we shall be getting a puppy after Christmas’. Really!

Now, I have no problem with this, in principle. I know it means mess, hard work and, for about 8 months, having to watch what you leave out, shutting doors to everywhere, etc. Also, it would be good to have the new dog learn the wonderful behaviour that Rufus has, from Rufus – BUT, once again, it’s really a good idea to discuss with me first. I would like one – but V has so much less patience than me and I am always having to defend the puppy! He always seems to think that dogs should have the same reasoning skills as a human, which, of course, they don’t.

Anyway, that led to N saying that she wanted one too. Now, if they are going to have one, this is quite a good idea as the two pups can be trained together – although we are at opposite sides of town. But, it’s possible. I think that, in the end, it will probably be me and S doing most of the work whilst the other two complain bitterly about the mess, the destructiveness, the general bad behaviour!

Then V & N proceeded to go through every name they could think of for the puppies. As I pointed out, remember I shall NOT be shouting Magnum in the park unless I am shouting for V to get me an ice-cream!

Then, last night, more friends, including one from London who is to be married soon (February, actually) and then pizza at the pizza restaurant near us. And, in the meantime, the weather was absolutely fantastic.

So, a good weekend, although I’m thinking that V and I need to work on our communication skills – or, alternatively, become telepathic.