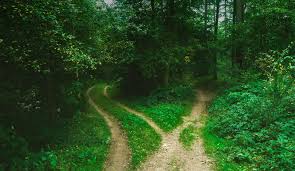 It happened a few days ago but a) I hadn’t thought it through and b) it hasn’t actually happened – it’s just an intent.

So, I have a private pension fund (it doesn’t make me rich, honest, (unfortunately)) which, as an ex-pat, I had moved from the UK to an EU country for a number of reasons. One of those reasons was to escape some of the various private funds having a say over who could receive the fund in the unfortunate event of my death.

So, I’ve left it all to F. And I explained that I had done this, warning him that it wasn’t something to get excited about but it would mean he could pay for people to look after the dogs, etc. This was a few years ago.

Then, a few days ago, when I was having some issues and he was away, I talked about them and he told me that his brother had phoned wanting money. Now they own the house down in Carrara on a 50/50 basis and F’s brother wants F to buy him out. F said that he would go to the bank and try to get a mortgage to buy out his brother.

And then he added that he would write a will to leave it to me if he should die.

Because, “it would help you pay for a hospice if you needed.” Which was quite a strange thing to add but, still.

Of course, it’s extremely unlikely that he will die first, given my age and the smoking and stuff – but that’s not the point, as you realise.

And I thought it was quite sweet (apart from the hospice stuff which was a bit weird).

But it makes me feel a little more secure, which is nice.

So, here’s the thing.

Perhaps I was wrong. I have posted about this before but it’s kinda niggling now. It’s niggling and time is running out. Of course, it’s not essential that I know. I mean, nothing will really change either way. But, you know ……..

Worse still, what if this niggling gets worse and then I find it’s too late to find out?

I’ve checked for obituaries and death notices and I can only assume she’s still alive. TBH, I expect her to still be alive. After all, her parents lived into their 80s, so she should too.

But, she is at least 79 now, possibly 80 this year (maybe older but I have a fuzzy memory of being at school and writing about her age – I was around 5 and, when she found out, I was admonished for giving away her age, ‘cos you don’t do that for ladies) – I was 5 and she was 26 which means (and I’m fairly certain about this) that she was 21 when I was born. People had babies much younger then, of course. And got married much younger too.

So, there you have it. She is the only person left alive who can verify (or not) this particular “truth”. If she should choose to. And if she doesn’t lie about it.

But, to get this “truth”, I must make contact. And, I have several problems with that.

Let’s take the simple things first. How do I start the letter? Dear who? Of course, I could just go straight into it – but that might be too cold or, for her, too odd. And then there’s her husband. I have to mention him. “Your husband” or “John” or something else? Certainly not Dad or Father.

If the thing is true, maybe she wouldn’t show it to the others. But, then again, maybe she would. And I don’t really want that. Not that it really matters but, still, I would prefer not.

Then, there is the thing that it somehow encourages some hope (in her) and I don’t want that either. Also she might be ill or at the end of her life and, although I have no specific feeling for her, I don’t want to cause unnecessary pain or suffering nor any false hopes.

Of course, if what I had believed for all these years (until recently) remains true, then the contact wouldn’t bring that. But then she most likely wouldn’t reply. And then that would be an admission on her part?

Or, if the new belief is true instead, maybe she would be heart-broken that he really was such a bastard and that he set out to permanently and irrevocably stop any contact. And, for her, that would be too much to bear and so she wouldn’t reply. So either way I would never know.

I could phone instead of a letter. But then, if it’s true/not true, hearing it would be too much …. for both of us??

On the one hand, I want to know. On the other hand, as the saying goes, for a very good reason, let sleeping dogs lie

** p.s. As I had written this post I thought I had better look up obituary or death notices, just in case. I found that she is probably around 82 so I was a few years out.