More on our trip to the UK.

I have mentioned this before but it was particularly noticeable as I haven’t been back to the UK for a while.

People here, in Milan (and maybe the whole of Italy), walk just like they drive. There is no forward planning and manoeuvres are made at the last minute and only if absolutely necessary. Except that, the difference between people and cars is that, if you bump into another car with your vehicle there will be a lot of time spent sorting out the insurance; shouting and screaming at each other with a lot of gesturing; many years of paying extra for your insurance.

Bumping into people does not cause any of those things. So, as a result, people manoeuvre a lot less when walking and there is a lot of bumping. And, more importantly for the people from the UK – no apologising!

Whilst in the Scottish city, we had spent a couple of hours walking round the shops and dancing in the street – by that, I mean the little two-step dance whilst trying to avoid other people.

I asked V if he had noticed that, in all the time we had been walking, not once had anyone so much as brushed past us. He replied that he hadn’t but that now I had mentioned it, it was true. It was so pleasant. I must admit that, having been here for almost 4 years now, I no longer apologise when bumped into or even when I bump into someone else. It has taken all this time and a great deal of personal resolve to stop saying ‘sorry’. There is a way of walking here that means head up, stare straight ahead, ignore the fact that the person is approaching you without any intention of moving slightly out of your way and, if they are much bigger than you, only move slightly to one side at the very last possible moment. If there is any physical contact, whatever you do, DO NOT say ‘sorry’ – after all, it’s their fault for being in your way.

But it was so nice to stroll around without having bruises at the end!

I did drink a lot of tea whilst there and it was very, very nice. But I did miss the Italian coffee. So, whilst out, we saw a Café Nero and decided to go in and have the ‘real Italian coffee’ that they purported to sell.

Of course, here, a café latte is not taken so often and, certainly, is not as big as the Café Nero ‘regular’ let alone ‘large’. However, we were in the UK so a large café latte seemed in order.

Maybe it’s the water; or the coffee; or the milk – whatever it was, it did not make it particularly nice. And I very much doubt (although I didn’t try it, so I can’t be sure) that their espresso is not the best this side of Milan. After all, we have quite an area of Italy between Milan and the French border and, I can assure you, coffee in any part of Italy is superb.

I do remember that, when we still had the flat in Hay and returned to help out at the festival 3 years ago, we brought our moka back with us along with a supply of coffee so that we could make our morning fix. 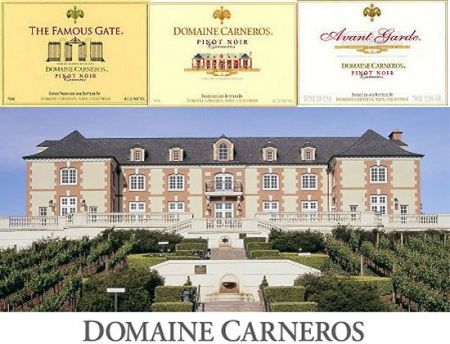 As those of you who read my blog from time to time will know, I’m a bit of a fan (other words could be fanatic or, if you want to be really mean, nerd) of Tetley tea bags – and I don’t even get free supplies from them!

I’ve been using these for years. I don’t know how many, but it was when we lived in Woonton so at least 6 or so.

And they have come in the same blue pack from, well, as long as I can remember. In fact, I cannot remember life without these tea bags or the blue pack that they come in. Mind you, I am now approaching the age where I forget most things that are, let’s face it, completely unimportant.

One of the “features” of the pack is that the top, once opened, folds back and there is a strip of tape (for want of a better word – well, I do want a better word but I have noticed that, these days, I seem to be losing any skill that I previously had with the English language – the great shame being that my skill with the Italian language is not increasing at anywhere near the same rate as the decrease in skill for English – whoops, I probably shouldn’t have said that in case I want to teach English again) on which the words in title are printed. It’s sticky tape and on this latest pack it is clear tape (apart from the words printed). Oh yes, it also says “LIFT HERE” on the other part of the tape and has an arrow pointing to the edge of the tape which, I guess, they need now that the tape is transparent.

What a wonderful invention it is. You can open your pack of bags as many times as you like, take out a tea bag (or, if you don’t have any boiling water, sniff the contents in the hope of getting the same high) and then re-seal it.

Only one slight problem. The sticky part of this sticky tape works only for so long. If you’re really lucky, twice. But normally not even once. Thereby making the whole thing a waste of time, money and, in particular, effort on my part, to stick the opening down.

So, message to Tetley – either put some real sticky stuff on the tape or just don’t bother. What I find really annoying is that, in spite of the fact that I know it does not ‘stick’ anymore, I still attempt to stick it down every time until there are only about 5 tea bags left, at which point, there really is no point in trying to keep the tea bags fresh.

Having said all that, the rate at which I am going through them I shall have finished them all before the freshness inside notices that there is chance to hot-foot it out of there.

On a different note, it has been a beautiful day today. Quite warm and reminding one of Spring. But don’t be fooled, I’m sure that next week or the week after there will be a cold snap with frost and snow. At least we are out of the 10 days of rain which is something.

Many thanks to J, a colleague of V’s, who, yesterday, gave V 160 Tetley tea bags. Hurrah! Obviously they won’t last forever but at least I should be alright for a bit.

Sunday was the start of Men’s Fashion Week. A rang to say she had been to the Dolce and Gabbana or Versace show (I forget which) where a male model (apparently famous but I have no idea who it was) was signing a pair of men’s underpants should you buy a pair. Apparently, he was acting like Father Christmas and allowing the person having their pants signed, to sit on his knee. A and her Texan friend were tempted. Later when they were about to go they noticed that he was surrounded by gay men. Quell surprise!

For me, Fashion Week is less about fashion and more about traffic. Traffic and parking. The lesser shows are put on in available spaces – and some of the available space is in my area, so the traffic becomes unbearable and the parking non-existent.

I feel dreadful, though, that I missed both Beyonce and the Spice Girls. Well, no, that’s a lie. I don’t feel dreadful at all. And, as I’m rushing from my car to get out of the cold and rain, a nice warm house and a glass of wine seem so much more inviting.

Urgent cry for help! I have finished all my Tetley tea-bags (you know, the round ones that come in a blue packet). I still have a few nice ones which are free-trade ones from the Hay Festival – but only about 5. This means I won’t last the week out. Does anyone know how I can get hold of some in Milan? I’m afraid that tea here is far too weak, whereas Tetley round ones do the trick perfectly.